Could you tell me a little about your current writing project?

I’ve currently got three different pots on the boil. I’m writing a new rom com, I’m trying to develop a book idea slightly different to my usual output and also I’ve decided to take a very bold step and self publish a book that I wrote a few years ago. I’m excited about all three challenges but the self publishing will, in some ways, be the most interesting because it’s a path I’ve never tried before. I’m taking this step because I have a book – not one of my usual romantic comedies – which everybody who has read loves but for which I cannot get a traditional publishing deal. I have enormous faith in this book. To be honest, I think it’s the best thing I’ve ever written and I simply have to give it a chance. It’s a ‘mindslip’ novel set concurrently in modern-day York and the same city five hundred years earlier, in the months leading up to the Battle of Bosworth, and involves the stories of two women – one modern, one medieval – living in the same house who share the same secret. I love the story, I love the characters and I love the setting and I am very excited at the thought it might finally be available for other people to read too!

It’s so important these days for a writer to be media friendly. Writers can no longer hide in the attic and write, they have to go out there and promote their work, not only online, but also at workshops and conferences. I’ve seen you speak on many occasions and you really know how to grab an audience and hold its attention. Do you think your law career and training helped you with this?

It’s very kind of you to say so! Perhaps my legal training helped a little but the big problem I have – whether I’m in court or standing in front of a class – is that I suffer from hideous stage fright. When I’m into the swing of it it’s not so bad but the time leading up to the start of a class or a presentation can feel ghastly. I have found three things that really help, though. Firstly, I write down what I’m going to say. In my early days as a lawyer, I would do this verbatim for the whole case so that if I totally froze (which I never did) I would be able to look down and easily pick up my thread again. These days, I just have notes of the points I want to make but I still write out my opening couple of minutes word for word. This is the time when you will be at your most anxious and therefore the most likely to dry up – if you know you have it all written down, you can afford to relax a little! The second thing is to remember that most people at your talk aren’t actually interested in you, they are interested in what you have to say. It sounds like semantics but it can help to remember that if something doesn’t go as planned, it’s not you that’s failed – it’s the presentation. It makes it all feel a bit less personal. The final thing that helped me was coming to understand what was happening neurologically when I got the pounding heart and butterflies! It’s due to a part of the brain called the amygdala which has the job of spotting potential threats and triggering the ‘fight or flight’ response in the body. When you stand up in front of a group of people and feel your heart beating and your palms getting sweaty, it doesn’t mean there’s actually anything to be afraid of – there are no sabre toothed tigers out there in the audience – it’s just your brain wrongly perceiving that there is a threat and putting the ‘fight or flight’ response into action. Understanding what’s going on inside me makes me feel less nervous. 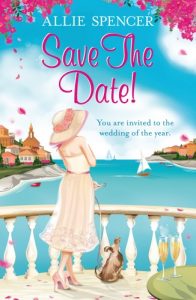 Do you have set writing hours or do you squeeze writing time into the gaps between juggling being mum and the multiple other things you do in a day?

I do try to have set targets each day but – especially during the school holidays – I have to be flexible about when I complete them. One of the downsides of being a writer is that there is always more writing or editing you could be doing: you never quite get to the end of the task and this can trigger feelings of guilt or a sense that you need to keep working, even when you are exhausted. A couple of years ago, I was on a particularly tight deadline and I didn’t allow myself enough time to recharge my batteries. This was an awful mistake because a stressed, tired writer is not as creative as a happy relaxed one. I would definitely suggest that you make a point of building in some relaxation time into your schedule. It sounds counter-intuitive but you will be much more productive if you aren’t working flat-out. I promise!

For those writers who are looking to polish their skills could you give me some information about the online courses you tutor?

I teach an online course that I devised for the Writers’ Workshop called ‘Reading for Writers’. It’s based on the premise that you can learn pretty much all you need to know about writing from reading the work of other authors, if you know how what to look for. The students focus on setting, character, story structure and ‘the small stuff’ – metaphor, simile, alliteration, view-point, syntax – by examining classic authors and then re-using the techniques they’ve observed in a piece of their own creative writing. We study everyone from Douglas Adams and Arthur Conan Doyle to Jane Austen. There’s even a piece of Wordsworth’s poetry in there. The skills the students learn should give them the toolkit necessary to analyse and isolate writing techniques in any book they pick up and this in turn means they can continue to improve their writing even after the course has finished. 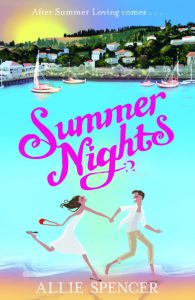 On the days when writing isn’t going well what do you do to blow away the cobwebs?

Writing is quite a sedentary job and I think it’s really important to build some activity into your day. I took up running a few years ago and I’ve gradually increased my mileage from zero to running about forty kilometres a week. I aim to run five days out of seven and I’ve recently completed my first ten mile race. I didn’t come last either so I’m rather pleased with myself!