Home › Interviews › Elizabeth Buchan – I Can’t Begin to Tell You

I Can’t Begin to Tell You

When the Nazis invade Denmark, British-born Kay Eberstern is sickened as Bror – her husband of twenty-five years – collaborates with the enemy to preserve the legacy of his family home.

Lured by British Intelligence into a covert world of resistance, her life in the hands of London’ code breakers, Kay’s betrayal of her husband is complete as she risks her home and children to protect ‘Felix’, an SOE agent who won’t even tell her his real name.

As her family – especially her headstrong daughter – is drawn further into danger, Kay is faced with a wrenching dilemma. Who will be sacrificed next for the cause? And can she and Bror ever find their way back to one another?

What was the inspiration for the story and why Denmark?

I have long been completed fascinated by the SOE and wrote my second novel, Light of the Moon, about an English SOE female agent operating in occupied France and the dangers she endures.

After its publication, I was contacted by Noreen Riols who used to work in SOE’s F-section ( and has written her own poignant and compulsive memoir, The Secret Ministry of Ag and Fish about her experiences). To my delight, she told me she liked Light of the Moon and we became friends. Over the years, she has told me stories of her life as a ‘bandit in the shadows’ as she refers to  her colleagues who worked  at what was known fondly as ‘The Org’. I went on to write other novels but, I have learnt, that a novelist very often circles around a subject. So it was with me and back I came to the SOE. However, I knew I could not write about France again – there are many, many other novels including my own and it is not idea to completely replicate a previous work.  I had to look at the subject with fresh eyes and with fresh research and, never one to miss a Scandi-noir programme, and being an addict of Borgen, I thought of Denmark, a country I knew little about.

The description of Denmark is fantastic. I felt I was there. The fine detail about the weather and the description of the countryside was so vivid. How many times did you visit to get the level of authenticity that comes over in the book?

With a long-suffering friend, I took myself off for a long weekend and paced the streets of Copenhagen and took the train north and south from the city to get an idea of feel of the landscape. I poured over maps, read memoirs and used YOU tube which so valuable.

I love the chase. You read one memoir or history, turn to its bibliography spot a title and hey… you are off again. The great trick with research is to know when you have done enough. Too much of it hampers your thought processes and, if stuffed into the novel, certainly hampers the flow. I’ve found that it is the one or two facts, sometimes from the left field, that really power the plot through.

How on earth do you keep track of all the characters? Are you pen and paper or is it all on computer?

It is usually in my head. I am not good at planning or story boarding. I like the blank page. Having said that, I do write my novels three times – and perhaps if I was good at paper planning I wouldn’t have to do this!

You write contemporary and historical novels. Which do you enjoy writing the most?

Like ordinary life, a writer’s life goes in phases. I began writing by historical novels, progressed to contemporary – partly I suspect because my own life was bound up with children and caring for parents. Now, that stage is over, the net is being cast wider again.  However, I don’t set out to write one or other – only the subject which has seized me by the scruff of the neck.

Having been an editor do you enjoy the editing and redrafting process yourself?

To be honest, no.  The edits usually arrive with a covering letter saying words to the effect: it is not as bad as it looks.  This is untrue. It is always as bad as it looks. I quickly read them, feel dizzy and  put them aside. I take twenty-four hours to do something else and to allow the voice of reason and calm to re-establish itself. Then, I sit down and begin to work through them. Editors are very unsung. They deserve much more praise than they receive. It is a selfless kind of service and, in my experience, the 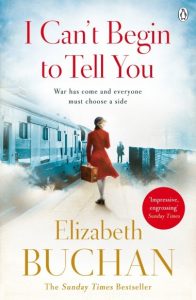 best ones almost know your novel better than you do.

Cheeky little question – do you write your own blurbs?

No. The publishers snatch that task away. With good reason! I am too passionately involved with the material and, as they tell me, they understand the market. Fair enough.

I seem to recall that The Revenge of the Middle Aged Woman was given away with a magazine few years ago and that’s how I discovered your writing. World Book Night is another opportunity to expand ones reading. Do you think giving away books encourages readers to try new authors?

Yes, yes, yes. World Book Night and other schemes are brilliant for a reading adventure.

How do you juggle your time? Do you adhere to a strict routine when writing a novel?

After breakfast and tussling with my husband to read the paper, I go for a power walk (can’t live without that) and, after that, I settle down for the rest of the day. Unless, of course, I have been tempted to lunch. The latter is not good practice and I don’t recommend it. However, it is extremely enjoyable.

I can highly recommend I Can’t Begin To Tell You. It was absorbing and a real page turner. It made me think about the dilemmas ordinary people faced and still face, in time of war . What would you do in the same circumstances?