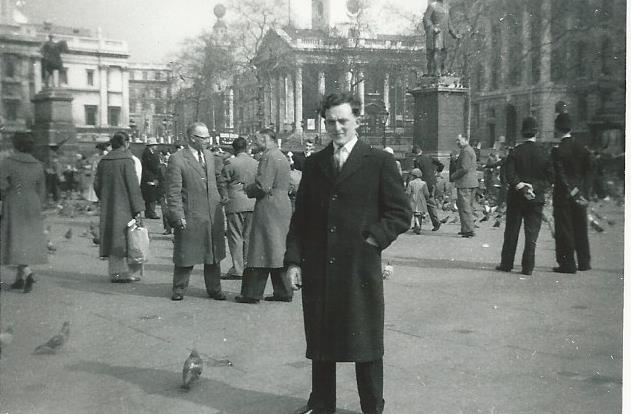 This is my dad at Trafalgar Square in London. It was 1960 and he was there to receive his British Empire Medal for bravery.

My dad loved to boast about his three daughters. He could bore for England about us. We didn’t have to do very much at all, just walk and breathe really, but he was so proud of us, proud of Mum, proud of his family. And I am so proud of him.

The strange thing is he never bragged about his medal; never mentioned it. It was Mum who told us the stories of how he saved people’s lives that day in the February of 1960.

Dad was 23, and working for the Gas Board at the time. He and his young apprentice, Arthur Goodwin (16) were on emergency duty when they received a call to go to Park Street, Cleethorpes as there was a suspected gas leak.

They arrived to find the house occupied by an elderly, bed-ridden, partially-sighted man, his housekeeper and her daughter. Dad flung open the windows and doors and got the people out – although they were reluctant to leave and huddled in the porch. Two coal fires were burning in the house so he put the coals from one fire into a bucket and passed them out of the window to a colleague who had arrived on the scene. As they went to extinguish the second fire there was a rumbling noise and the house exploded. Dad carried the occupants to safety and then heard his apprentice screaming for help. He went back inside and discovered that part of a brick wall had fallen on Arthur Goodwin, pinning him to the ground. Dad lifted it off him before carrying the lad to safety. Then he promptly collapsed in the street.

That’s what I call brave.  You can read the citation here. 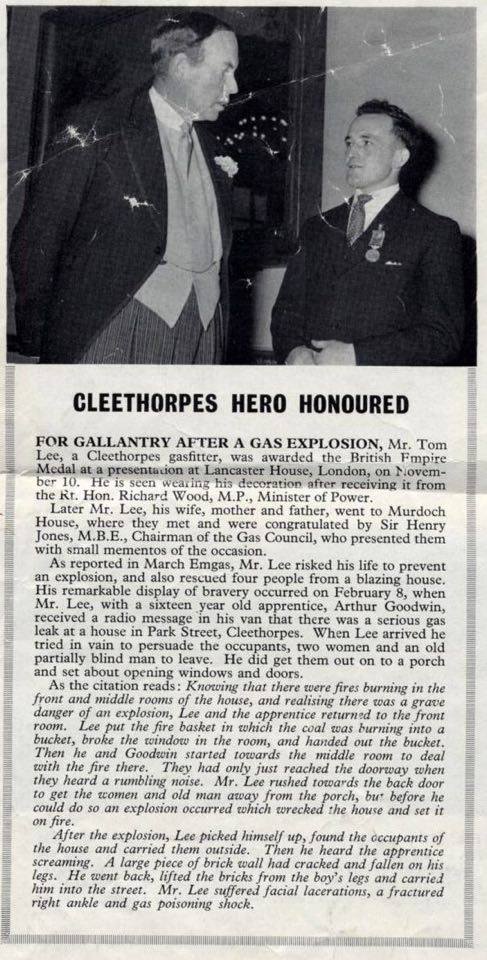 I was feeling a bit tearful thinking about him the other day on what would have been his 81st birthday. I was talking to Mum about bravery and how we can all be brave at one time and not at others – for the strangest of reasons. She recalled the time she fell in the garden and broke her arm – dad came out to help and nearly passed out. He couldn’t be brave for Mum because he couldn’t bear the thought of anything happening to her.

On another occasion, she was admitted to hospital for an operation. Dad was with her until she was taken down for the anesthetic – and she didn’t see him again until she got home. He didn’t like hospitals at all.

Brave comes in all shapes and sizes; overcoming your fear and going forward is brave for whatever reason you do so. We don’t all get medals for it but it’s brave all the same. I’m quite certain that in trying circumstances many of us would be brave when we didn’t even know we had it in us.

I hope you can find your own ‘brave’ when you most need it.