Home › Stories › When words are not enough – The Power of Touch

Last year I heard Terry Waite speak at Sherborne Literary Festival.  He spoke of the time when he was held hostage in Beirut – it had been twenty-five years since his release. He recalled the time he had a bronchial infection which meant he couldn’t lie down to sleep, so he spent his days and nights sat upright. Terry Anderson, a fellow hostage, reached across and touched his arm in comfort. No words were needed. The power of human touch said all there was to say. 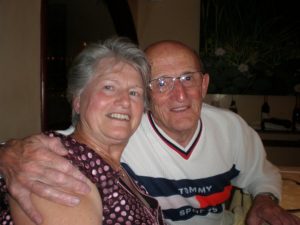 When we lose someone we love we may regret that we have not said everything we wanted to say, but actions, and touch are more important than words. It’s not what we say but what we do that counts. When my father died my mother regretted that she didn’t say all that she wanted to say to him but it didn’t matter. He knew beyond a shadow of a doubt that she loved him. She didn’t have the words but she sat with him and she held his hand. The power of human touch can transcend all words.

It’s easy to drift into sadness and stay there but we have to remember what we had, how lucky we were, and to hold on to that when the dark times come – and remember that this too will pass. Happiness doesn’t last and neither does sorrow.

I have been moved by the actions of the people of Manchester, of the young man and woman who walked around with a sign saying Free Hugs.

If you can’t find the words for comfort sometimes all it takes is the power of touch to let someone know you care.

I’ll round this off with a quote from Terry Waite:

“Someone once said to me, if you come out of a traumatic experience, don’t try rush everything. Come up as if you are coming up from diving on the seabed. If you come up too quickly, you get the bends. Do it gently and you’ll be alright.” 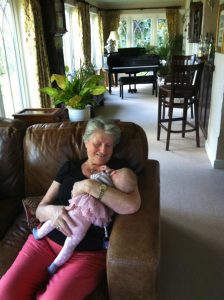 We live in troubled times but we have to remember the good in the world – and there is much of it.

Sending hugs to all those who are in need of them today.